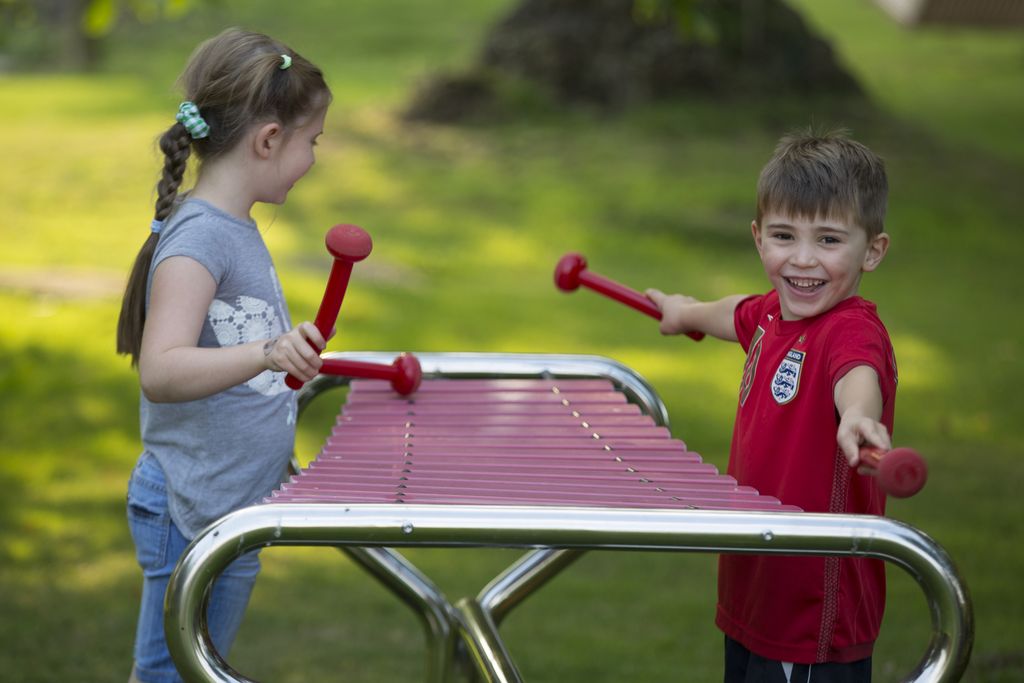 Music is a language shared by everyone, and every bit of evidence shows that playing music is good for us.  We learn about ourselves and others by playing music together and listening.  It’s a way to express feelings and to release energy; to lower stress and to increase cognitive skills.  So when it comes to playing music outdoors, then surely outdoor musical instruments give us the best of two worlds?  Getting out into the fresh air with all of the benefits of music thrown in.

Musical instruments are being installed in public places, designed for everyone to engage with.  These beautiful instruments can brighten and energise all kinds of spaces where people gather, from public parks and sensory gardens, to schools, playgrounds, and care homes.

We can all enjoy the pleasures and the numerous benefits of music making.  How about this one on Boscombe pier?  Play along to, “Oh I do like to be beside the seaside!” 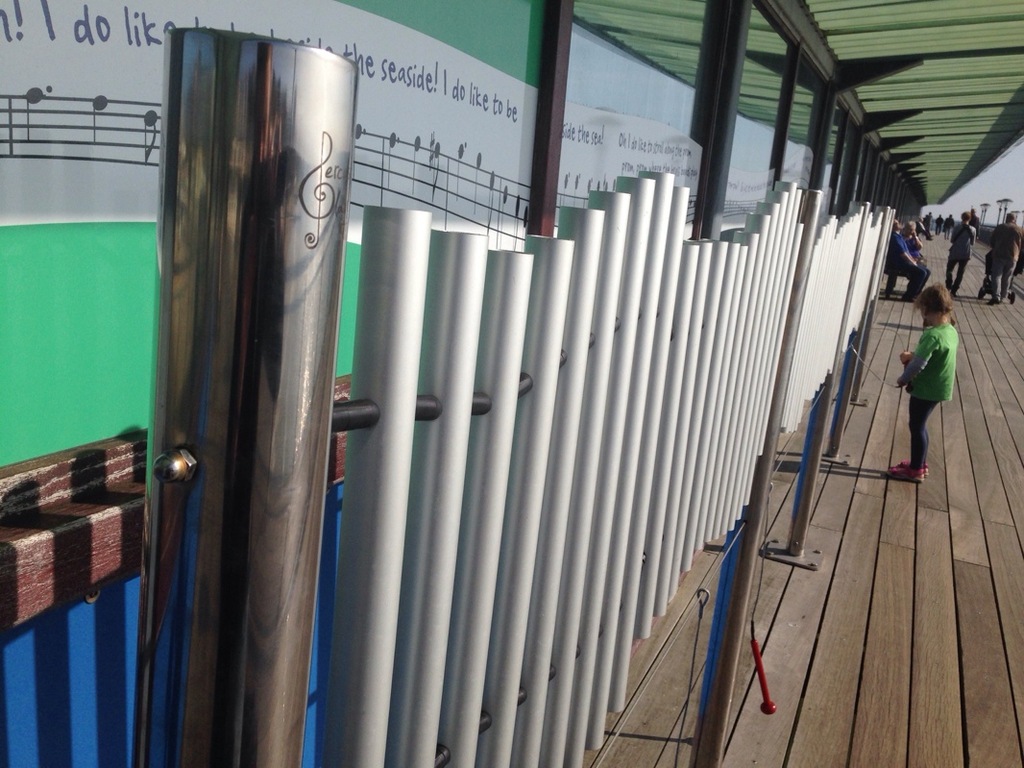 Percussion instruments produce sound when they are struck.

(From the Latin  “percussio” – to beat or strike.)

Most big outdoor musical instruments are percussion instruments, as they are the simplest to play.

The original percussion instruments were people’s feet and hands, used to create stamping and clapping rhythms. Then came the realisation that louder and deeper sounds could be created by using different surfaces and objects.

Though they are the simplest and most primitive of musical instruments, there are many types to choose from: some are untuned and used for rhythm; others are tuned and can play melodies too.

1. Idiophones – the thing itself resonates when hit.

2. Membranophones – a skin or membrane resonates when hit.

Idiophones vibrate to make sounds when struck because they are made of a resonant material like wood or metal.  The material the idiophone is made from affects the sound.  For example, wood creates a softer sounding instrument and metal a sharper, more ringing one. 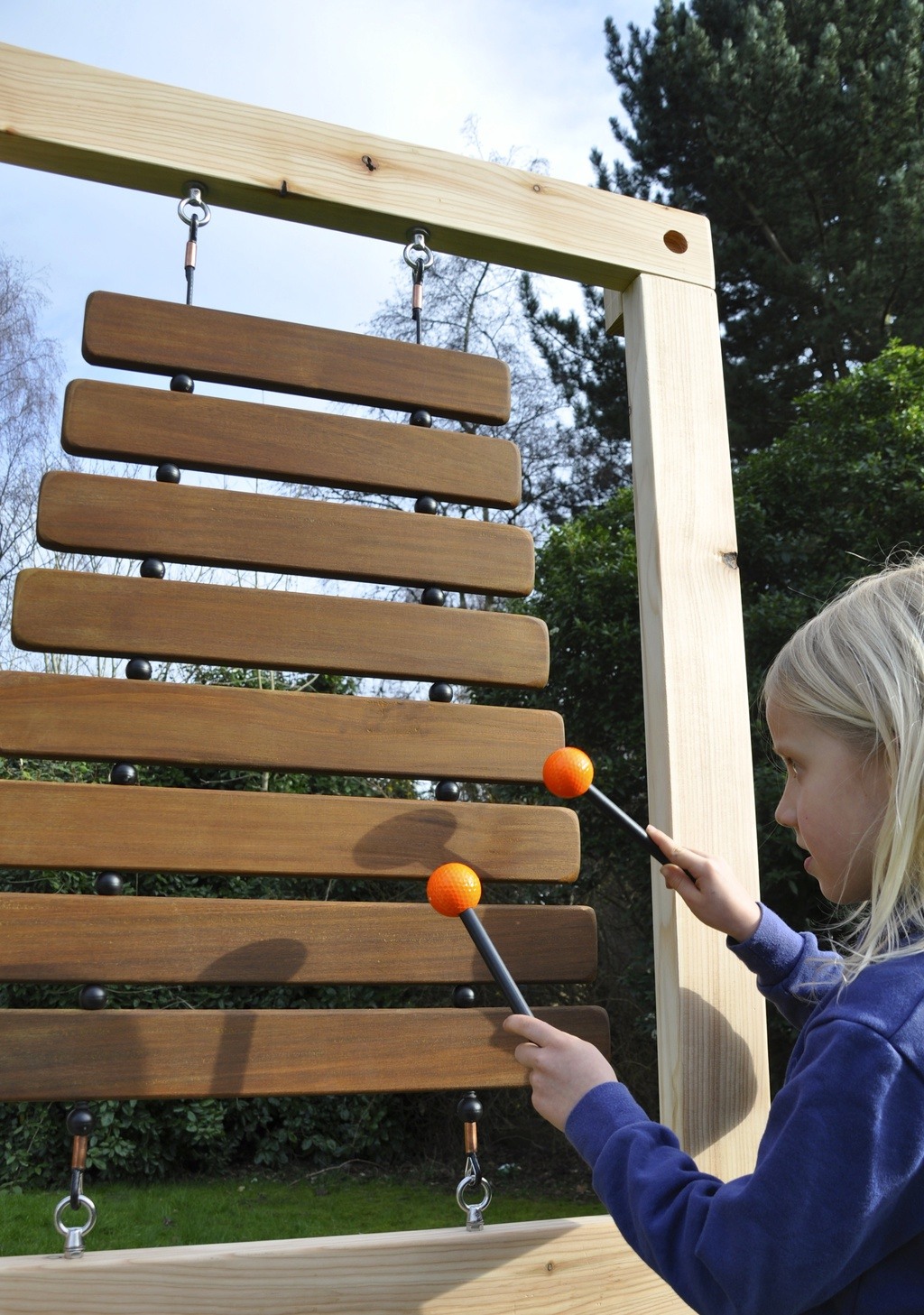 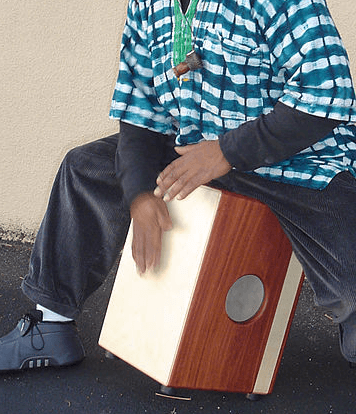 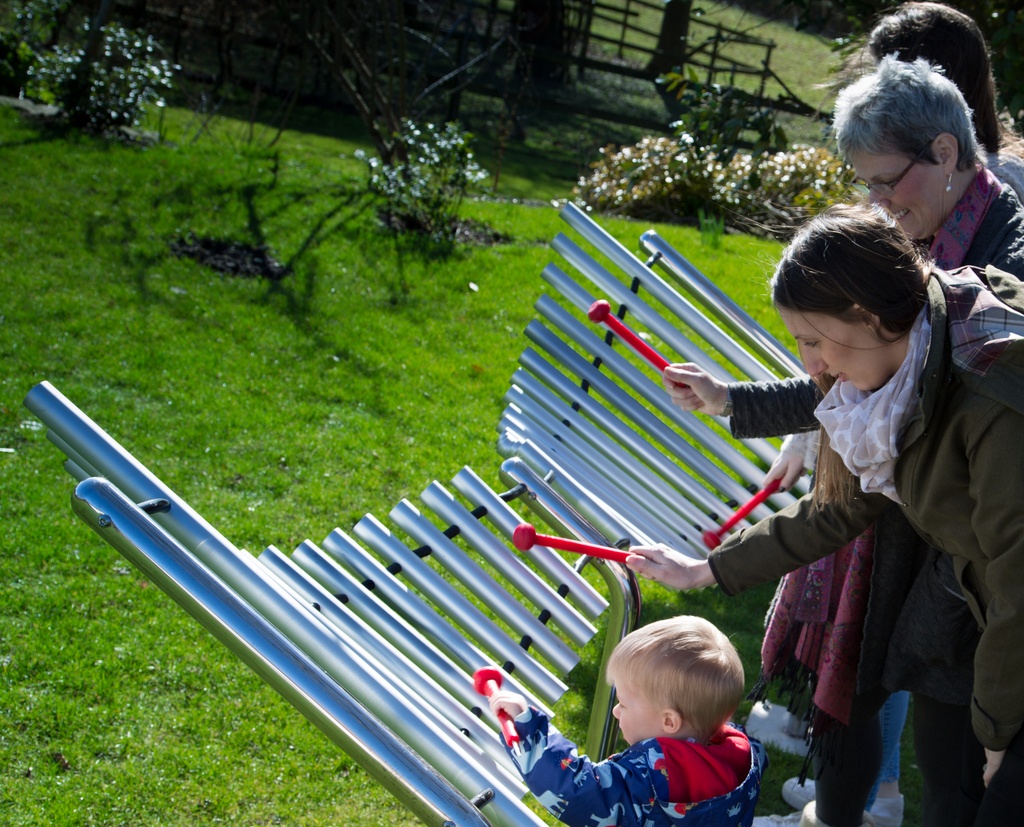 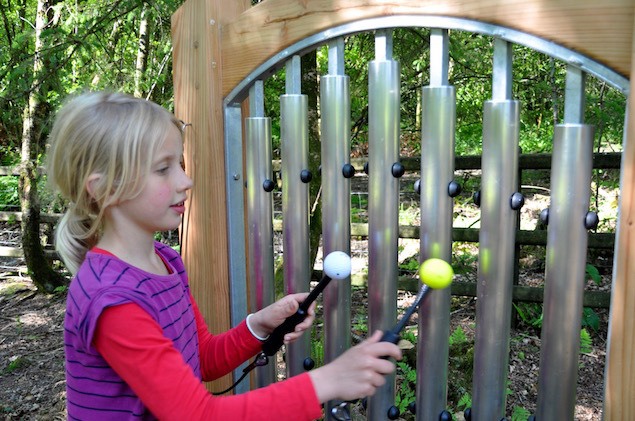 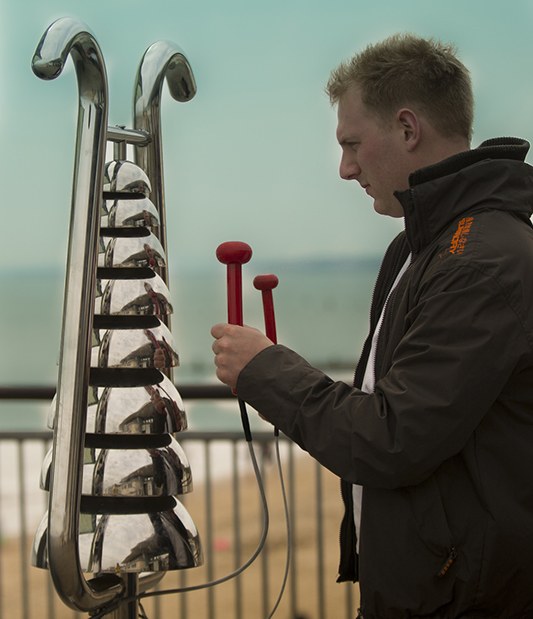 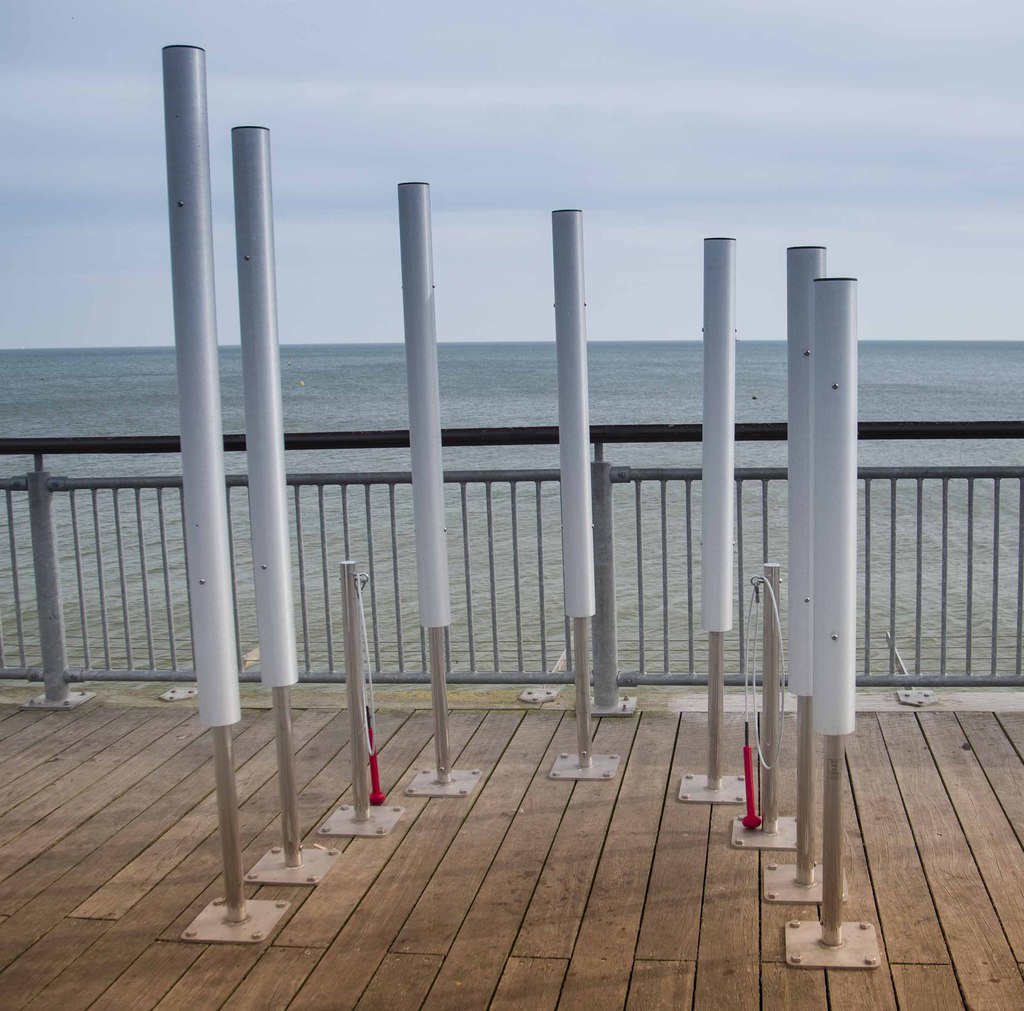 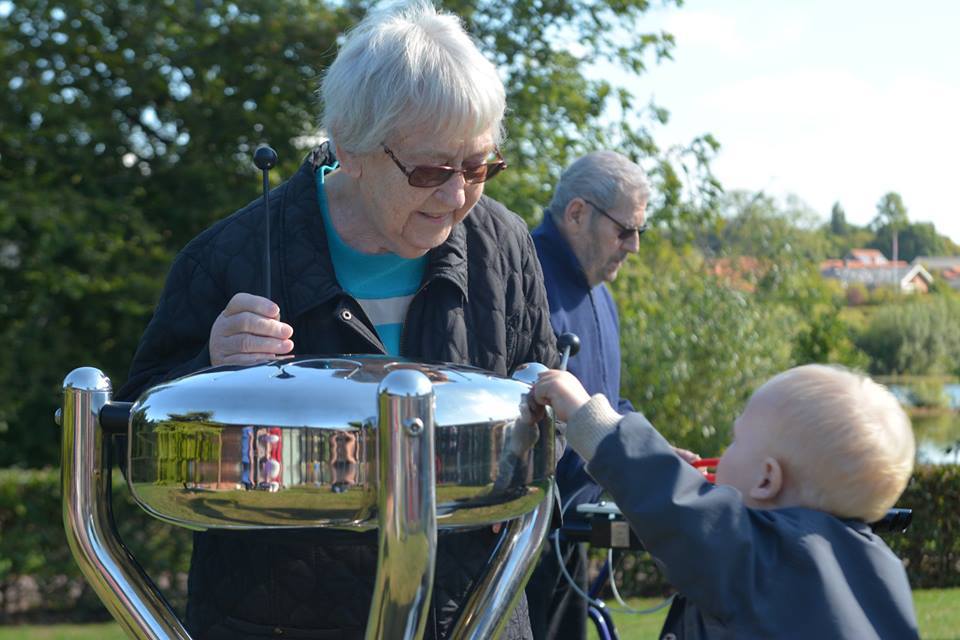 Many tuned outdoor instruments are tuned to a pentatonic scale.

This is a five note scale of set intervals, like all the black notes on a piano.  The pentatonic scale is universal across cultures.  Research suggests that it may have its origins in the chant that children make instinctively, “Nah nah nah nah nah – I’m the king of the castle…”  Most folk songs are set in a pentatonic key.  The great thing about this scale is that you can improvise freely as all the notes sound good together – there are no “wrong” notes.

The second group of percussion instruments is called membranophones – which includes most kinds of drums.

These have hollow bodies covered by a stretched membrane that vibrates to make sounds when struck.  The tighter the membrane, the higher the sound; also the larger the drum, the lower the pitch. 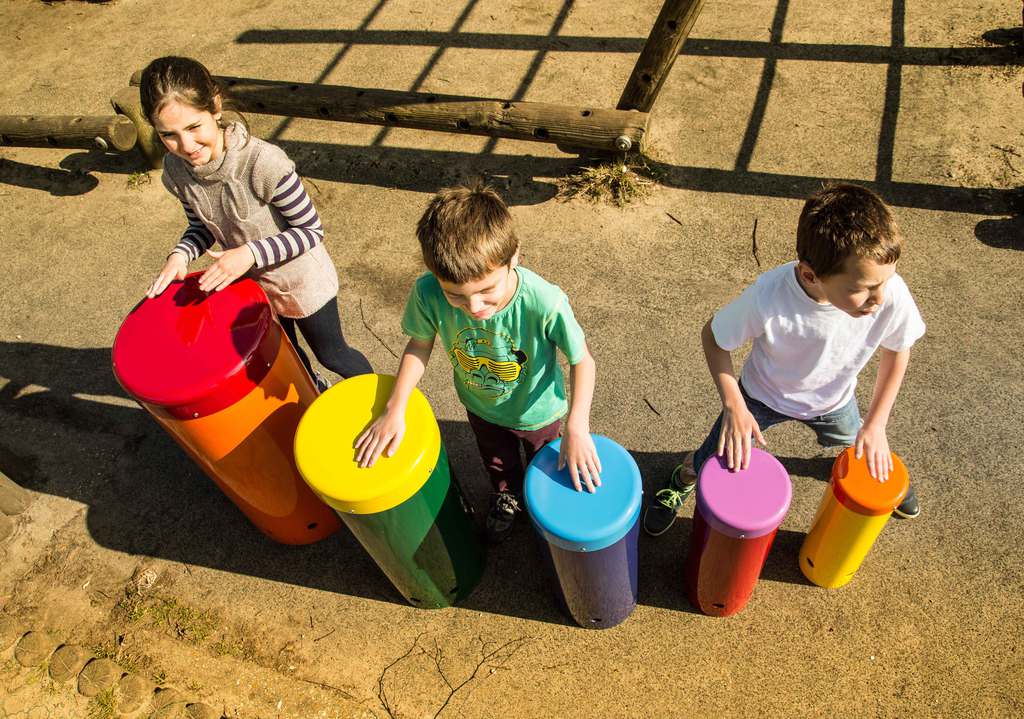 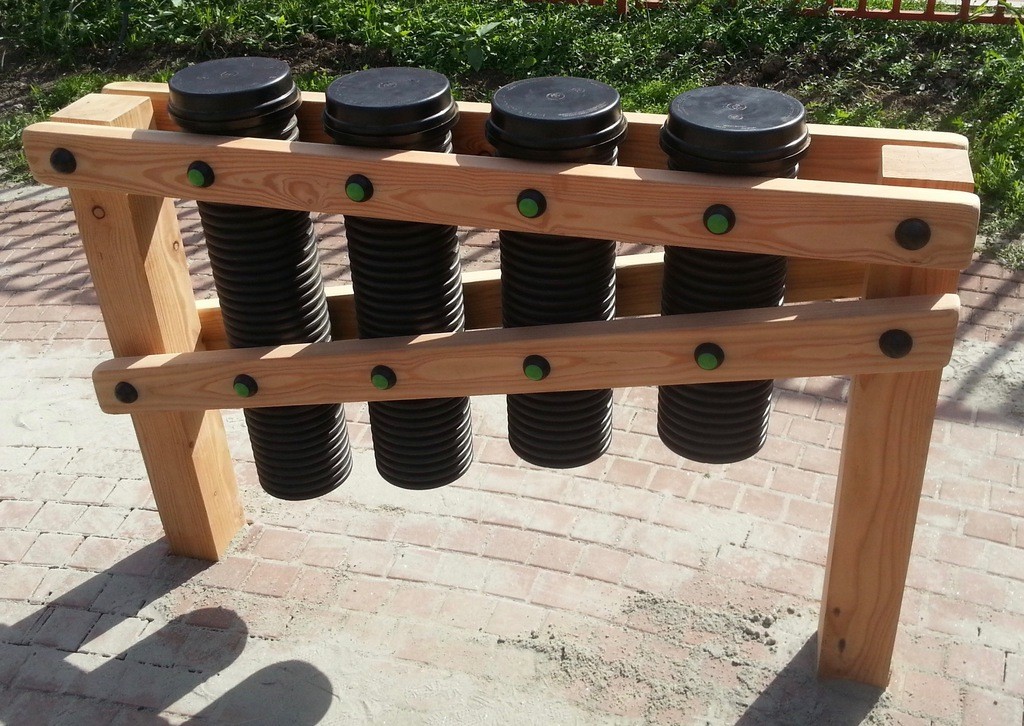 There is another category of musical instrument called the aerophones – these make sounds when air vibrates within them. Technically aerophones are instruments like flutes and other wind instruments but there are aerophones that create noise by vibrating air when they are hit and these are called “plosive aerophones”.  So an aerophone that is plosive becomes a percussion instrument. 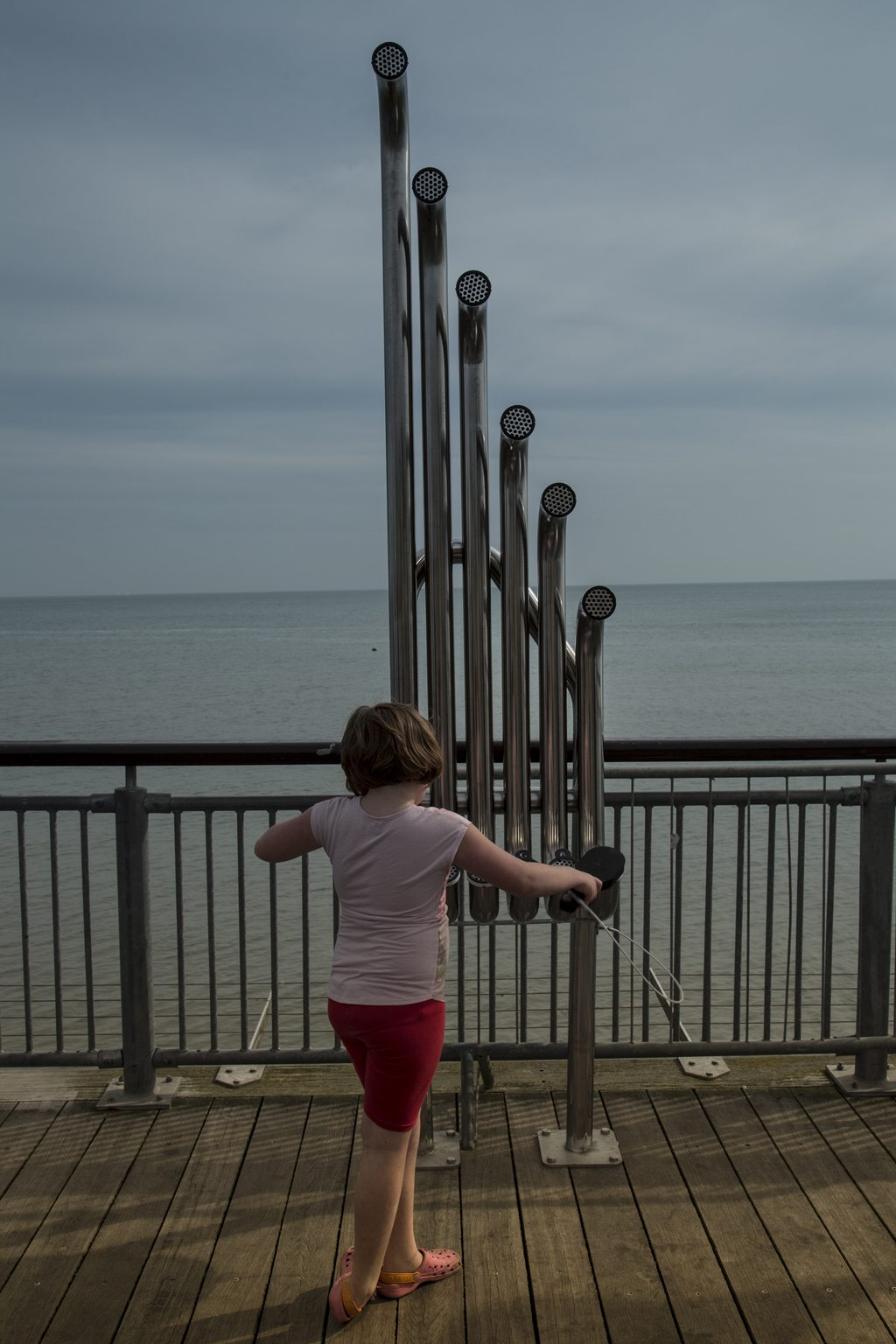 Acoustic play is becoming increasingly popular and many musical and sensory play items are now available. 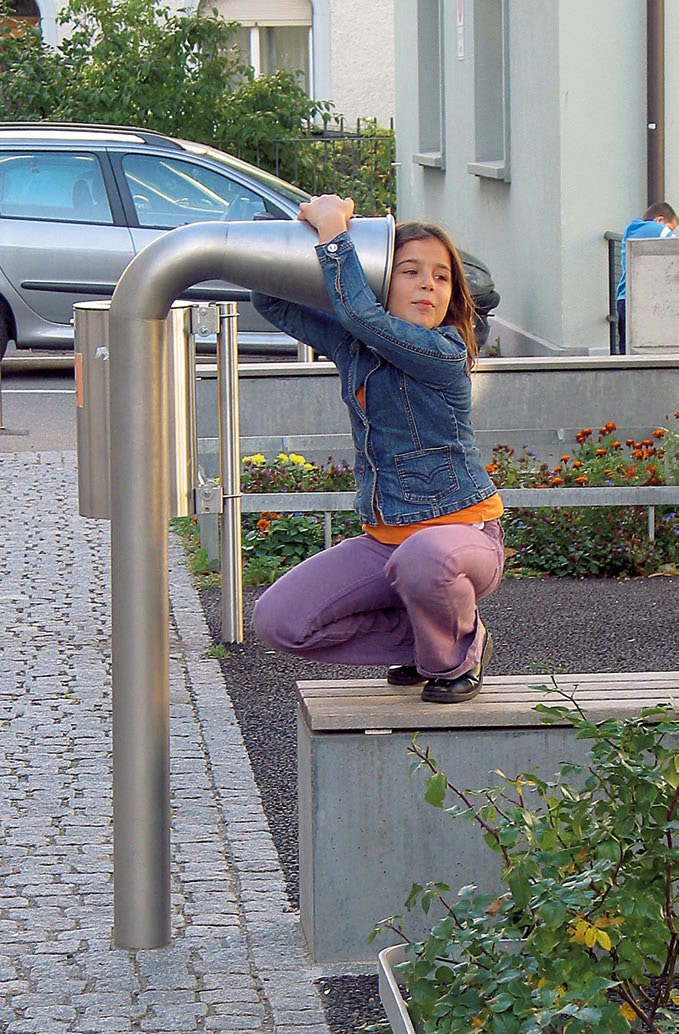 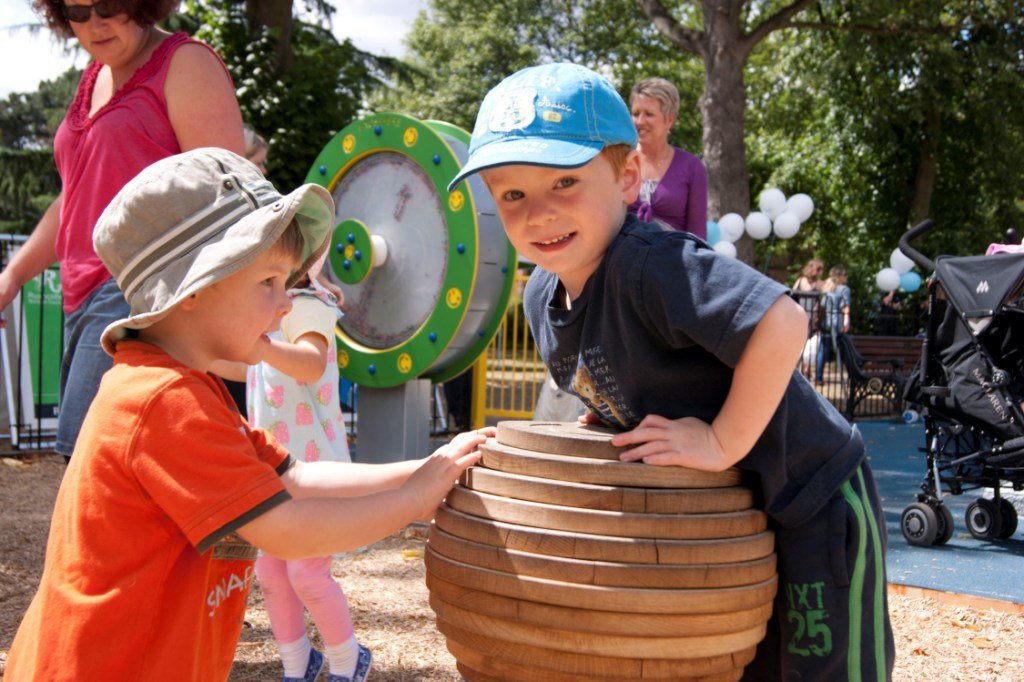 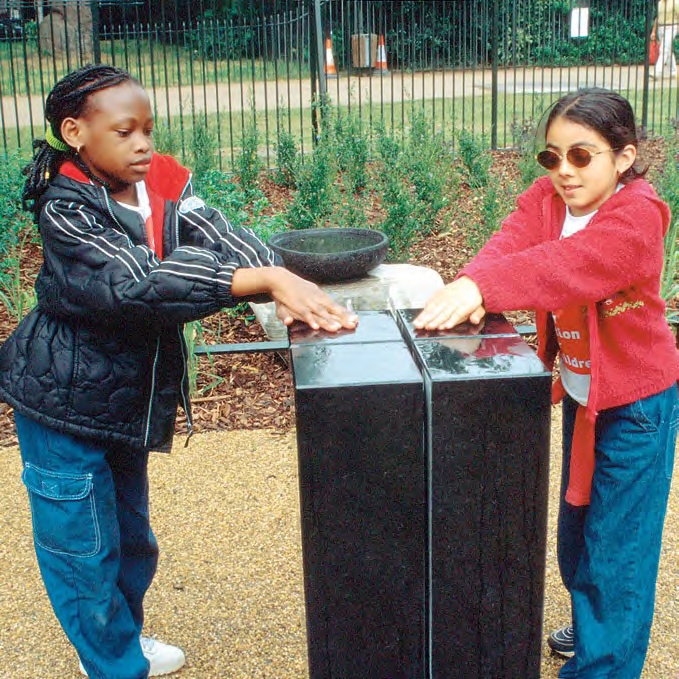 Creating parks that contain easy to play, real musical instruments offer fun for young and old alike. Everyone can feel the joy that comes with creative self-expression.